Documentary of the first European-Chinese seminar in 2017

Report of the First European-Wide Training Seminar on the Teaching of Native Chinese Teachers July 1-3, 2017 in Montargis, France

Overview of the workshop

Seminar on Chinese Language Teaching at the Seminar 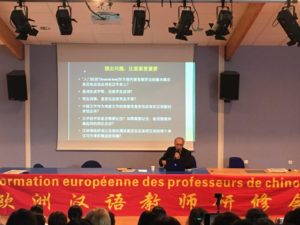 nese, in the chinese teaching of both must be taken into account.At present, the existing neglect of words only attach importance to the word of the monism view in the Chinese language teaching and the preparation of teaching materials caused by the problem, Mr. Bai Lesan also carried out an in-depth analysis and explanation.In a word, monism or dualism is the ontology of Chinese teaching.

:: Mr. Stephen and Li Lichao, from Ireland, described how they avoided duck-filling teaching in class.Using students' curiosity and original reserve knowledge, they combine gaming activities to introduce new knowledge points about Chinese and culture in a methodical manner.In other words, the teacher is the master who leads the door and practices in the individual. 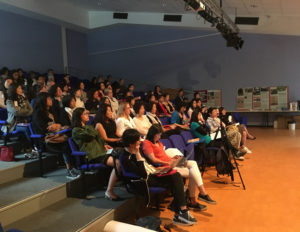 :: Mr. Zhou Minkang's speech from Spain addressed the quality training of Chinese teachers, especially the understanding of the language and culture of the countries where they are taught.Mr. Zhou pointed out that teachers can not master the local language well, the local people's way of thinking and living habits do not understand, even if more efforts to prepare the teaching plan, the use of advanced scientific and technological means, can not achieve the desired teaching purposes.

:: Ms. Li Mingfang, from the United Kingdom, introduced the experience of vocabulary teaching based on monism (refers to the above) and gave a number of techniques for recognizing and expanding vocabulary.Ms. Li also described how to gain a place in British higher education for Chinese language teaching.

:: Ms. Wang's presentation from Switzerland focused on how new technologies can serve Chinese language teaching, such as MOOC.Ms. Wang demonstrated the results of her work in this area and had a lively discussion with the participants on how to balance online teaching with teacher son.

To demonstrate the basic skills of Chinese teachers, 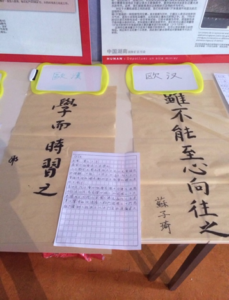 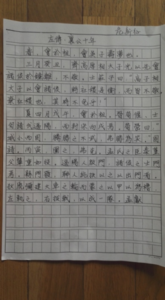 The seminar organized the participants in the Chinese character writing competition, with a hard pen copy of the "left pass", with a felt pen board book "Ohhan" two words, and with a brush to write their own motto, because the scarf does not allow the eyebrows, must not let the eyebrows, there is a 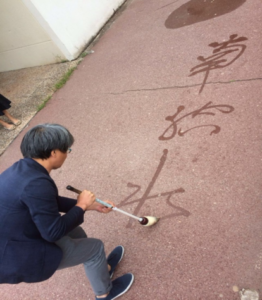 Another slightly cold ground book (writing on the ground with a brush), although the land book can not be hand-drawn, but attracted a lot of participants eager to try, can only rotate to experience the public comments. 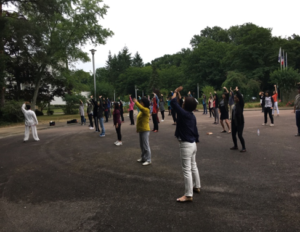 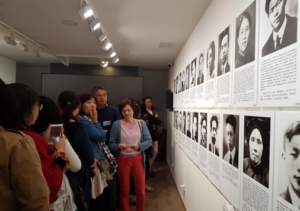 Most of the participants heard about the travel law work-study movement at the beginning of the last century, but the details were little known.During the seminar, Ms. Wang Peiwen, the head of the organizers, led a tour of the Mondar Memorial Museum and the relevant commemorative sites in the Mondal Ji District, and introduced the important chapters of Modern Chinese epics such as the origin and development of the little-known Chinese movement of law-study work and thrift.

The castle in the area where the Mondalji is located is starring, and due to the reasonable arrangement of the organizers of the seminar, the participants have visited the castle from beginning to end, and the so-called "head" is the first castle in the Loire Valley, the C?teau GIEN, along the Champs-Elysees, along the 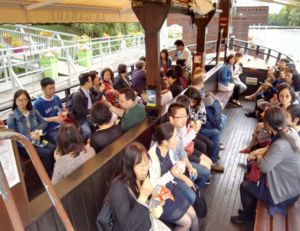 Champs-Elysees. The "tail" is the latest to be built at the Vilandelli Garden Castle, while the visit to Ch?teau de Chenonceau, built on top of the canal, takes a cruise through the Schoennosau Castle, where visitors are envious.On the cruise ship I do not know who sang the "unforgettable song" about the river of the years, causing dominoes, songs about rivers and lakes rolling in, a hair out of control, "a big river", "Grandma's Bohu Bay", "Honghu lake, waves"… Before I had time to sing "The River Running", "The Beautiful Thoreau River", the cruise ship has reached its end, a non-Native Chinese member said: "This is my happiest time!""

Logistics organization of the seminar

During the meeting, all the participants stayed in the student dormitory of Mondalji Forest High School, where Ms. Wang Peiwen, a Chinese teacher, and Ms. Zou, a Hanban volunteer, magically received members who had arrived in the middle of the night like the rain in March, and even those who arrived in the middle of the night on the evening of June 30th were able to move in quickly.For various reasons, every time to the high school canteen dining number is more or less change, in order to try not to waste resources, Wang Qi two women can timely inform the canteen staff accurate to the number of people.

:: The first two days of the seminar cloudy, rain, the temperature shy low-key, from an island country members in the breeze published the day asked: "I have not arrived in France?""But to the tour of the day, God greatly helped to accompany the sunny along the way….
:: The canteen staff at Mondalji Forest High School made every effort to organize the seminar so that everyone could feel at home.One day to see the canteen pick-up place has a warm tip: "…. Thank you to me for his thoughts on them!"People who don't know French suddenly fainted, but luckily their French-speaking colleagues picked them up and told them to "…. Merci de penser s eux! The Chinese version of the suspected machine translation.Faced with the self-confidence waiting to praise the canteen staff, most of the members of the seminar still silently write down this excellent Chinese teaching material.
After the seminar, many people said that they would remember this evening and meet about 98, ah, no, about 18.

Overview of the mondalji forest secondary school at the seminar site:

Built in the 1960s in the 4,000-hectare Mondalage Forest, Forest High School is the largest public school in the area, including general high school and technical high school, as well as college.Inheriting the history of modern Chinese history in 1920 in the Mondal Jilaw law, Forest Middle School is also the first school in the region to offer Chinese language courses, and for 15 years every year to maintain short-term long-term exchange activities with Chinese schools, there are currently 1,800 students in school, Students enter Chinese classes each year account for more than half of new students.Forest Middle School provides the French Chinese Teaching Association since 2011 has six Training Activities for Chinese teachers, has formed the regular exchange activities of native Chinese teachers in France before the summer vacation every year.