At the invitation of the Confucius Institute at the University of Helsinki, Dr. Zhang Xin, Vice President of the European Association for Chinese Language Teaching and Professor of the University of British Science and Technology, participated in a one-day Chinese language teacher training event held at the Heda Kong Institute in Finland on October 28.The theme of the event is "Chinese Teaching in Finnish Universities and Primary and Secondary Schools" and will consist of three sections: lectures, breakout sessions and round tables. 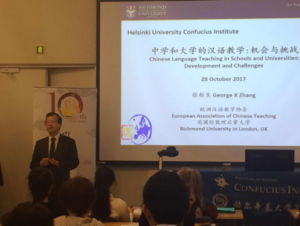 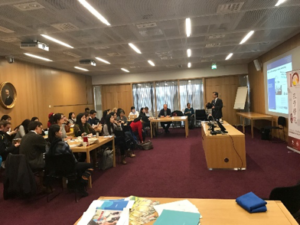 The Confucius Institute in Helsinki is the largest provider of Chinese language courses in Finland.As a result of its efforts, the teaching of Chinese in primary and secondary schools and universities in Finland has increased significantly over the past decade.In order to further develop Chinese language teaching, especially in primary and secondary schools and universities, the Confucius Institute of the University of Helsinki specially organized this seminar, which was attended by more participants than at any time in the previous year, and is also a testament to the development of Chinese language teaching in Finland.